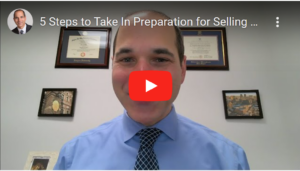 Are you preparing to sell multi-family property in New Jersey?

The sale of rental or other investment real estate is a significant decision. Being proactive before listing the property for sale makes the process easier and allows for resolution of legal and tax issues in advance.

What you do to get ready for the sale is just as important as what happens during the sale process!

Buying, selling, or transferring real estate? Call us at 201-389-8275 or visit the Contact Us page for attorney assistance with real estate purchase and sales. Join our newsletter for regular updates on NJ real estate law.

Hi, guys. For this week’s video, we are going to be talking about steps you can take in preparation for selling multifamily property in New Jersey. This also applies if you are getting ready to sell an apartment building or commercial property in New Jersey. Now, I do a lot of multifamily deals, so a lot of these things are things that I’ve come across that could have made the process lot smoother. First, don’t sleep on conducting a title search in advance of the closing. I know a lot of people might not want to pay a couple hundred bucks, 150 bucks, or even if they cost that, because the buyer’s going to have to do the title search during the sale too. In my experience, doing that title search up front can solve a lot of problems even for things you need to resolve that you know, that’ll give you a checklist. But also, I could tell you that we can get so many surprises on these title searches, things that are not even legitimate, that the seller…

If you’re selling, you might think, “Oh, my title’s clear. I got no problems. I have no reason to do this,” but things that pop up commonly is you may have paid off a mortgage, so technically it should be clear, but the lender has not actually discharged the mortgage, so it’s still open of record, and then you have to go track this down, like track this discharge down, which could take 60, 90 days I’ve seen. And then sometimes, it may be fraud. I’ve seen the case with someone impersonated a seller and got a $75,000 judgment, which was completely illegitimate. But essentially, my client had to settle the matter, and they were really under the gun to do so because we had to get the thing closed. So things can pop up you’re not aware of, things that were supposed to get discharged that didn’t, or judgements that are fraudulent. Tax certificates that didn’t get properly discharged when you paid off the delinquent taxes.

And sometimes there could be issues just in the chain of title, a signature got missed on a deed, a probate wasn’t filed correctly, things like that, and you can get out ahead of all that so there’s no shock and frustration during the sale when you only have 45 days to complete the deal. Get your taxes in order. So in advance, talk to your accountant. A few reasons. First, if it’s an investment property for you, your multifamily property, you may be hit with capital gains taxes. So whatever you bought it for is the basis essentially and then you resell it and you have a gain here, so be prepared to pay those taxes. Talk to your accountant, figure out what documentation you need, document any improvements you made, which should be a credit for you when you’re doing your capital gains. Also, you may want to consider doing a 1031 exchange, I covered that in other videos, to limit your capital gain taxes.

And if that’s going to be the case, then you would want to talk to an accountant or a tax attorney to get that resolved, how that’s going to work. In New Jersey, there’s also something called bulk sales that whenever you’re selling property that’s three plus multifamily, the attorney should, for the buyer, should submit an application to the state of New Jersey to find out if there’s any tax delinquencies or tax issues relating to the seller. So if you have late filings, if you have it in an LLC and your filings weren’t correct, or they’re delayed, any fines relating to corporation, what will happen will be when they submit that bulk sales application during the sale process, we’ll get a letter back from the bulk sales department and they’ll want to withhold sale proceeds for whatever those tax liabilities are.

Obviously, nobody wants to close with their money withheld, so better to get any tax situations or problems with the state squared away in advance, so you’re not doing withholding at the closing. You also want to consider curing any open code violations in advance. Now, three plus multifamily in New Jersey, every five years you have to have an inspection done by the Department of Community Affairs. They come out to that property, make sure there’s no code violations, and then give you a Certificate of Inspection that’s valid for five years. If you failed or haven’t done that, and I come across this all the time where the sellers, they don’t even know if… Well, sometimes they don’t know or don’t have the certificate or there are violations, and they just didn’t cure them in advance of the closing, even though they’ve known about them for a year.

And obviously, if you’ve done things that are code violations that haven’t yet been picked up by the city, you may want to get that resolved too, like unpermitted HVAC systems, things of that nature to make sure that doesn’t become a problem for you getting the CO on the sale. Okay. Also, consider collecting legal documents. So what kind of legal documents would you want to get? Obviously, it sounds obvious, but a lot of times it isn’t done, is collecting all the leases, particularly if they’re old. Even if they’re old and expired leases, you still should get those leases because the terms of even an expired lease carry over to the new buyer. So again, buyer’s attorney, if it’s like me, they’re going to be asking for all the expired leases before having a binding contract or a contingency to review those within reason. So collect all the leases. I mentioned that Certificate of Inspection, often called the green card, to get the copy of that green card Certificate of Inspection from the Department of Community Affairs. Have that on hand.

You also may want to consider getting your back title. So when you purchased the property, you may have gotten a prior title insurance policy. Your deed and a survey, if you have that on hand, that can help the process go smoother. Particularly if some prior owner, title issues come up and you have that title policy, a lot of times the title company will overlook and you’ll pass those past owner issues if you have your title policy handy. Particularly if it’s an older title company, it was 20 years ago, it may not be as simple as making one or two phone calls, so you may have to actually do some legwork to get your title policy. Last thing I would say is consider the circumstances with the leases on your tenants, including security deposits and rents.

Obviously, your property value is largely based on what your rent roll is, , other words, the amount of income for the building. So if you want to think of it from the perspective of the buyer, they’re going to pay you more if you’re going to have more income, and that’s kind of a marketing question for a realtor. But in terms of the legal side, I get these attorney reviews that come in, and then the buyers, understandably, they are unhappy with low rents, and so they often want to make the deal contingent upon executing new leases with new security deposits or higher rents. This can be a problem because, obviously, getting the tenants to agree to it, they don’t have to agree to it during the sale, so then you could have the sale go on for 45 days and get pretty contentious if you’re not able to get the new leases signed or it gets stuck in attorney review while this is all getting squared away.

Better to get the rents up to market in advance because, A, you’ll get more money pending the sale. And if the sale doesn’t go through, then you’ll just have higher income, the property will be worth more because you’re having more income, and there’ll be less negotiations with the buyers. They’ll be happy to take your tenants, more likely to be happy to take your tenants if they are at higher rent. The only caveat I would add to that, if it’s a two-family or a three-family and you’re selling, if you have a vacant unit, you may want to consider keeping one vacant or keeping one tenant month to month. This way, if the buyer wants to move in one unit, you can then have that tenant leave.

So keeping them month to month may not be the worst idea if it’s two-family three-family, but again, you definitely don’t want the tenants… If it can be avoided, you want to keep tenants in there that are paying low and have no intention of getting rid of them as part of the sale process because even if it comes attorney review, it may just end up going that way and then causing an issue during the sale. Okay guys, that’s everything.

This blog provided guidance on steps to take before selling multi-family property, an apartment building, or commercial real estate in New Jersey. Buying, selling, or transferring real estate? Call us at 201-389-8275 or visit the Contact Us page for attorney assistance with real estate purchase and sales. Join our newsletter for regular updates on NJ real estate law.

Learn about our services: About Us, Practice Areas, Reviews, Service Areas, Blog, Contact.